Return to the Border's

After breakfast at the Cast Iron Grill in the hotel, you will board your coach to again journey to the Borders Region of Scotland.  Your first brief stop along the way will be at the Donald Cargill Memorial.

Donald Cargill was a Scottish Covenanter who worked to uphold the principles of the National Covenant of 1638 and Solemn League and Covenant of 1643 to establish and defend Presbyterianism. A reward of 3000 merks was offered for his apprehension, dead or alive in 1680. The Privy Council increased the reward to 5000 merks in September of that same year.(this would be worth more that £47,000 in todays currency) After numerous hair-breadth escapes he was apprehended at this site during the night of 12 July 1681 by a party of dragoons led by James Irving of Bonshaw. Tried for treason before the High Court of Justiciary, he was found guilty, and executed at the Cross of Edinburgh with four others.

After departing the Cargill memorial, the coach will continue on to Bonshaw Tower

Bonshaw is home to the Irvings, amongst the most notorious of the ”Border Reivers” The Reivers were the product of the constant English-Scottish wars that would often reduce the Border area to a wasteland. The continuing threat of renewed conflict offered little incentive to arable farming. Why bother planting crops if they may be burned before they could be harvested?  The reiving (raiding or plundering) of livestock was however a totally different matter, and so it became the principal business of the Border families. 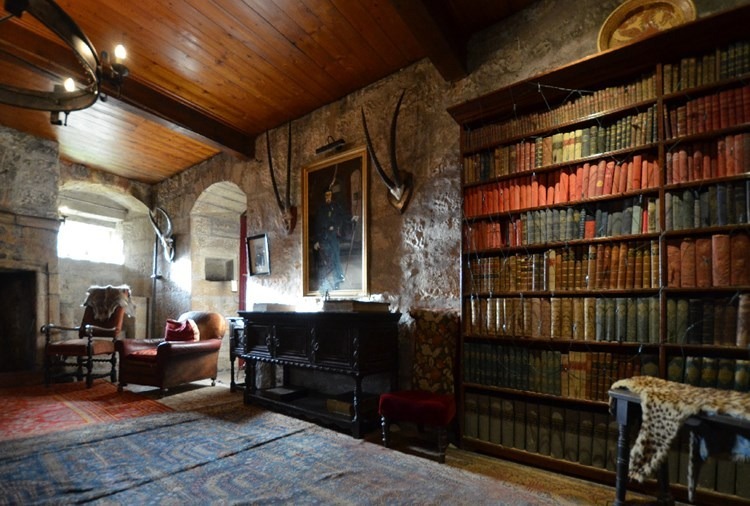 ﻿Seneschal to the Chief of Irvine of Drum

Prior to departing Bonshaw, you will be served a late lunch in by our hosts

Upon leaving Bonshaw, you will continue on to Bruce's Cave.

Legend of the Cave

Inscription above the cave entrance

Alcove detail, said to be where Bruce watched a spider struggling to make its web.

After your cave visit, its back to Edinburgh and perhaps a dram in the Brew Bar Lounge